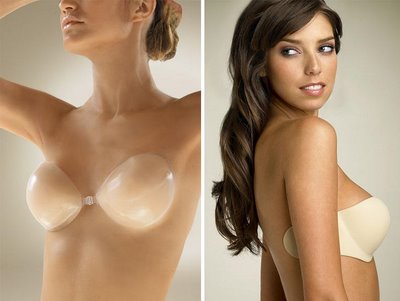 Developed late in the nineteenth century, the feminine icon has since been views as a symbol of a girl’s coming of age. The bra does not only covers, supports and elevates the breasts, but also shapes the wearer’s figure. The degree of which the bra frames the breasts varies between style, functionality, fashion and fabric. Most of the bras today fall into more than 1 category mentioned below.

It is important to know the types of bras available so that you can pick the right one for the right time so as to protect the general health of your breasts.

A bra which adheres to the breasts. It has no straps or bands of any sort and provide little support to the breasts. This type of bra is intended for backless and strapless fashions. There are two types. There is the disposable paper ones that use a strong adhesive and the reusable ones that use silicone that can be washed and reused. 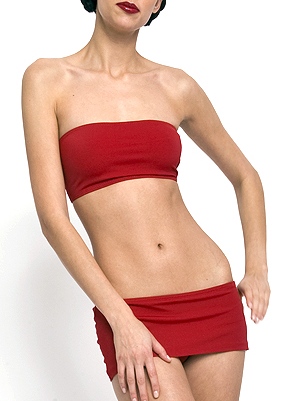 A simple band of cloth worn across the breasts, providing little support or shaping. 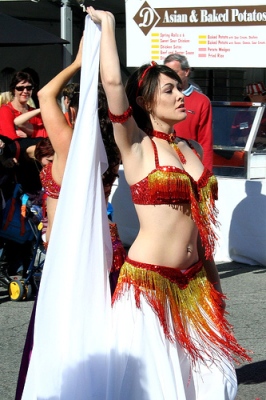 It is commonly assumed that a belly dancing bra size is the same as normal bra size. This is not necessarily so. For instance if you normally use a size 32C you may well find that a 34B will fit quite comfortably with a few minor adjustments to latch settings since most belly dancing bras are designed to cover very well. 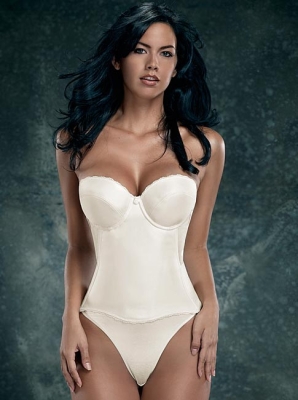 A bridal bra/corset mold and shape the upper body into a desired shape to fit the wedding dress. In addition to that, it promotes good posture and can be more comfortable as the weight of the breasts is carried by the whole corset rather than the brassiere’s shoulder straps. 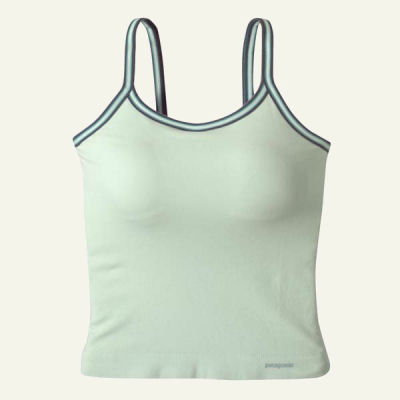 Supportive brassiere-like structures on the inside of another garment, such as a swimsuit or tank top, which provide support for the bust without the need for a separate bra. In most such garments, these built-ins consist of a horizontal elastic strip, although some do have cups and underwires as with other bra types. In some cases these may easily be removed, if desired. 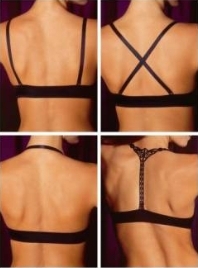 It has straps which may be detached and rearranged in different ways depending on the outfit. Alternatives to regular straps for strapless bras are beaded bra straps or clear plastic bra straps that provide support and style. 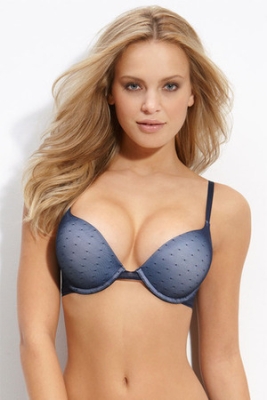 A half-cup bra style with wide-set straps and a horizontal bust line. Often seamed or boned, they give great cleavage and a frame-like effect. These offer less support, but enable low cut garments to be worn without the bra being seen. Demi bras may be designed to provide lift as do push-up bras. 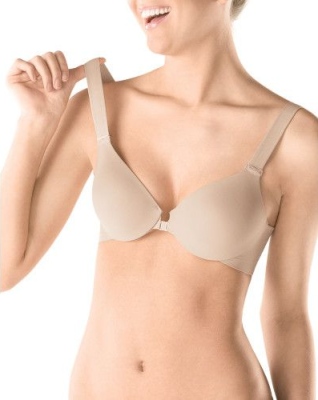 Bras that have closures, usually hooks and eyes, on the front rather than at the back. These bras lie completely flat at the back under clothing. Some feature a racerback style back which is great for wear with tank tops and for lending a no-slip effect to the straps. 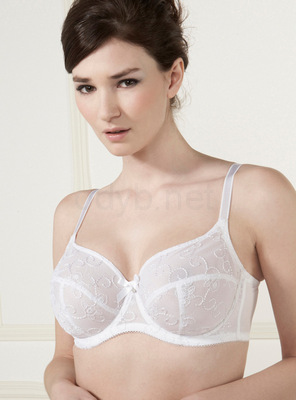 A type of bra designed to offer good support for the whole of the breasts and, as such, are a typical, practical bra for everyday wear. 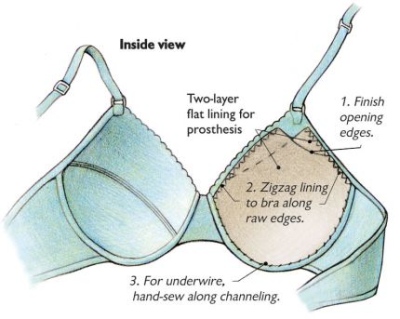 Designed so that a prosthesis may be held in place and are intended for individuals who have lost one or both breasts in mastectomy treatment for breast cancer. 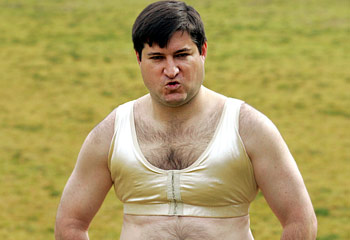 Bras worn by men with Gynecomastia, usually to flatten and conceal rather than lift and support. 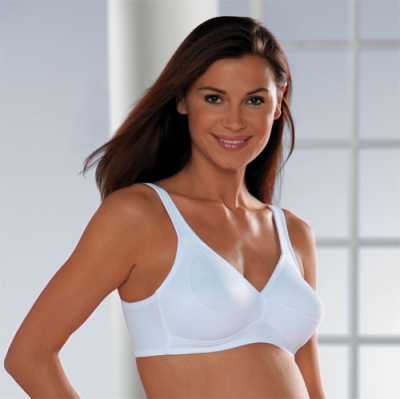 Designed such that they can be expanded to adjust as the breasts increase in size over the course of a pregnancy. 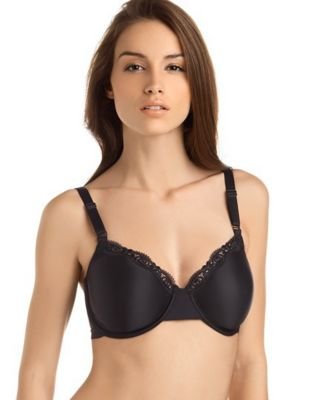 Designed to play down the bust, in particular for women with cups of 34C and above. Minimizers, by compressing and shaping the breasts, help to create the illusion of being a cup size or two smaller, and are often more comfortable. 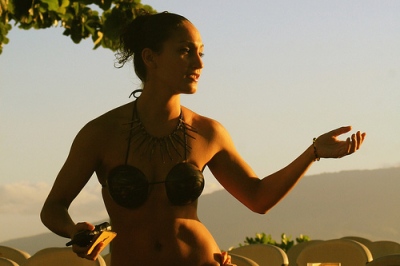 Designed more for show and sensuality than for function. They may include unusual materials, such as leather, coconuts or be unusual in design. 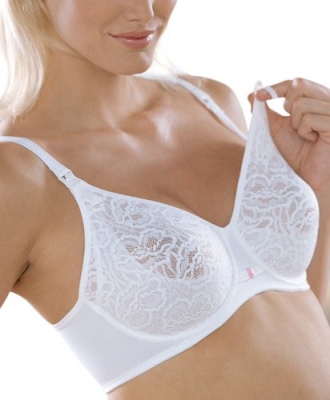 Designed to help make breastfeeding simpler by allowing the baby easy access to the nipple. Traditionally, the cups of nursing bras are covered with flaps of fabric that can be unclasped at the top and pulled down to expose the breast. 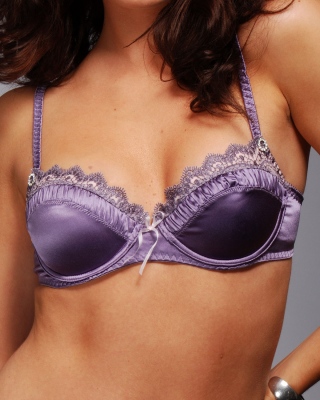 Bras with padding inside the lining. They are designed to provide a fuller shape for small breasts and are an alternative to bra stuffing, a practice among teenage girls in which ‘falsies’ like tissues, sugar packets, cotton balls, or socks are placed inside a bra to simulate larger breasts. Unlike push-up bras, however, most padded bras support the breasts but do not significantly lift them. 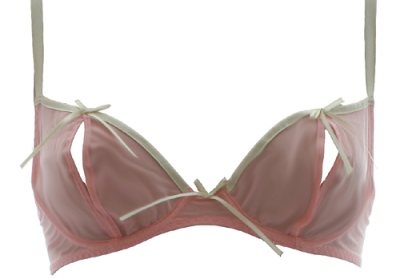 The type of bra that has cups loosely covering the breasts, which also includes holes around the nipples. 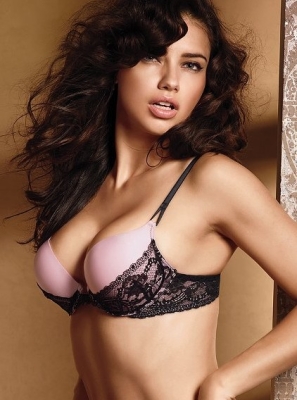 Structured so that the breasts are lifted and placed closer together to enhance the cleavage. The best known brand of push-up bra is the Wonderbra. Many push-up bras contain padding, typically made of foam or rubber, but some contain gel-filled pads. The main distinction between padded bras and push-up bras that incorporate padding is whether the padding is centred under each breast to simply lift them, or is centred outside the centre of each breast such that the padding pushes the breasts inwards. 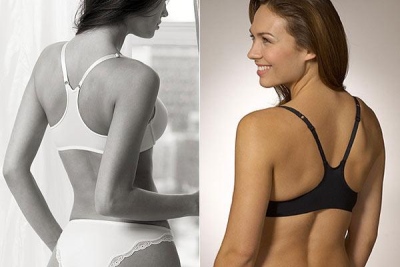 Has shoulder straps that come over the shouder in a V pattern very close to the neck. This design is sometimes worn under strapless dresses or tops where traditional straps would be very obviously exposed. Many Sport bras use the racerback. 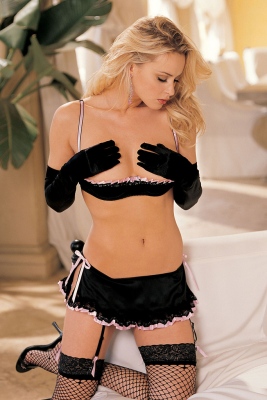 Essentially a rigid band, usually underwires, along the inframammary line that pushes up while covering none, or only a narrow strip, of the breast. 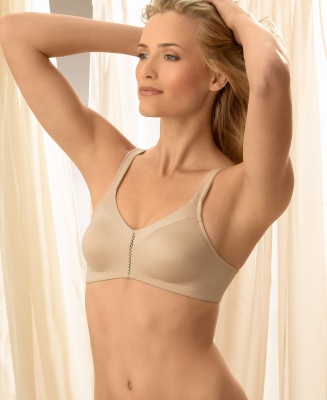 Has no underwire support in the cups. Rather they rely on the strength of the underband to provide support to the bust. 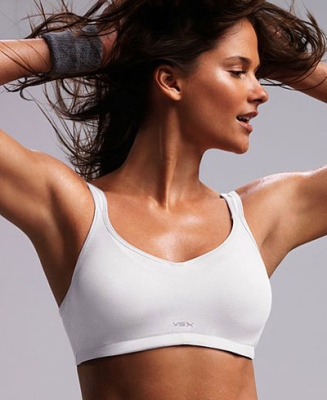 Provides firm support for the breasts, and are meant to prevent discomfort or embarrassment during vigorous exercise. 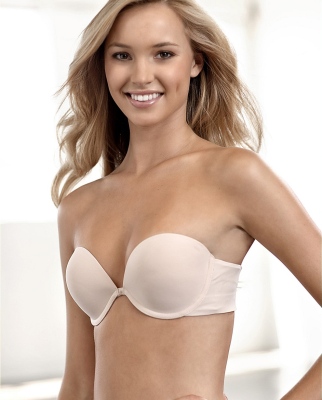 With no shoulder straps, they are designed for wearing with clothes that reveal the shoulders, such as halterneck tops. 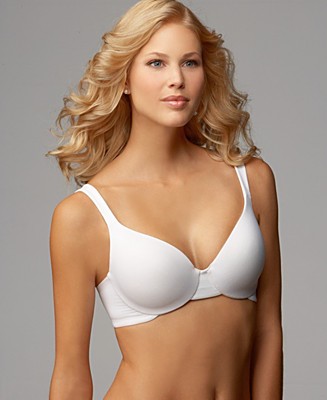 Designed without raised seams, so that a tight t-shirt may be worn without the bra being visible. These often have padded cups to conceal nipples and to provide a smooth line under t-shirts. 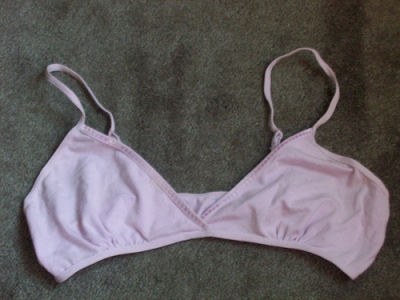 Designed for young girls who have begun to develop breasts but have yet to be considered ‘developed’ enough to allow for a standard-sized bra to fit properly. They are of simple construction and offer very little support. 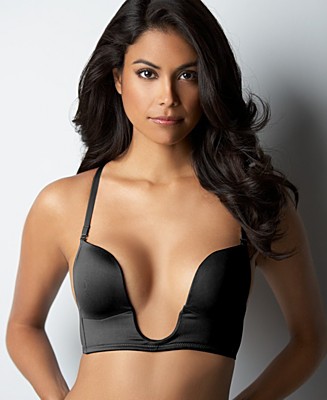 Allows you to wear clothes that have a deep plunging neckline. 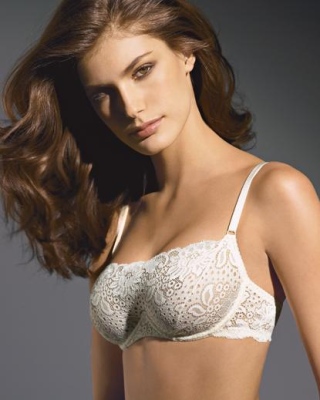 Designed to give extra support and endurance. They have a wire, metal or plastic, running under each cup to provide rigid support to the bust. 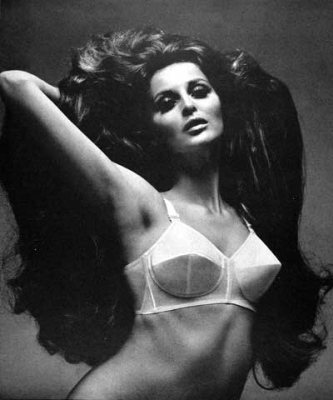 A type of full support bra with cups in the shape of a paraboloid of revolution with its axis perpendicular to the breast. Invented in the late 1940s, they were still being sold well into the 1960s. 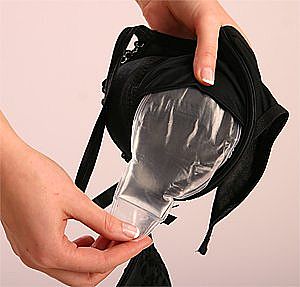 Bras which have water or silicon gel-filled cups to make your breasts look larger.